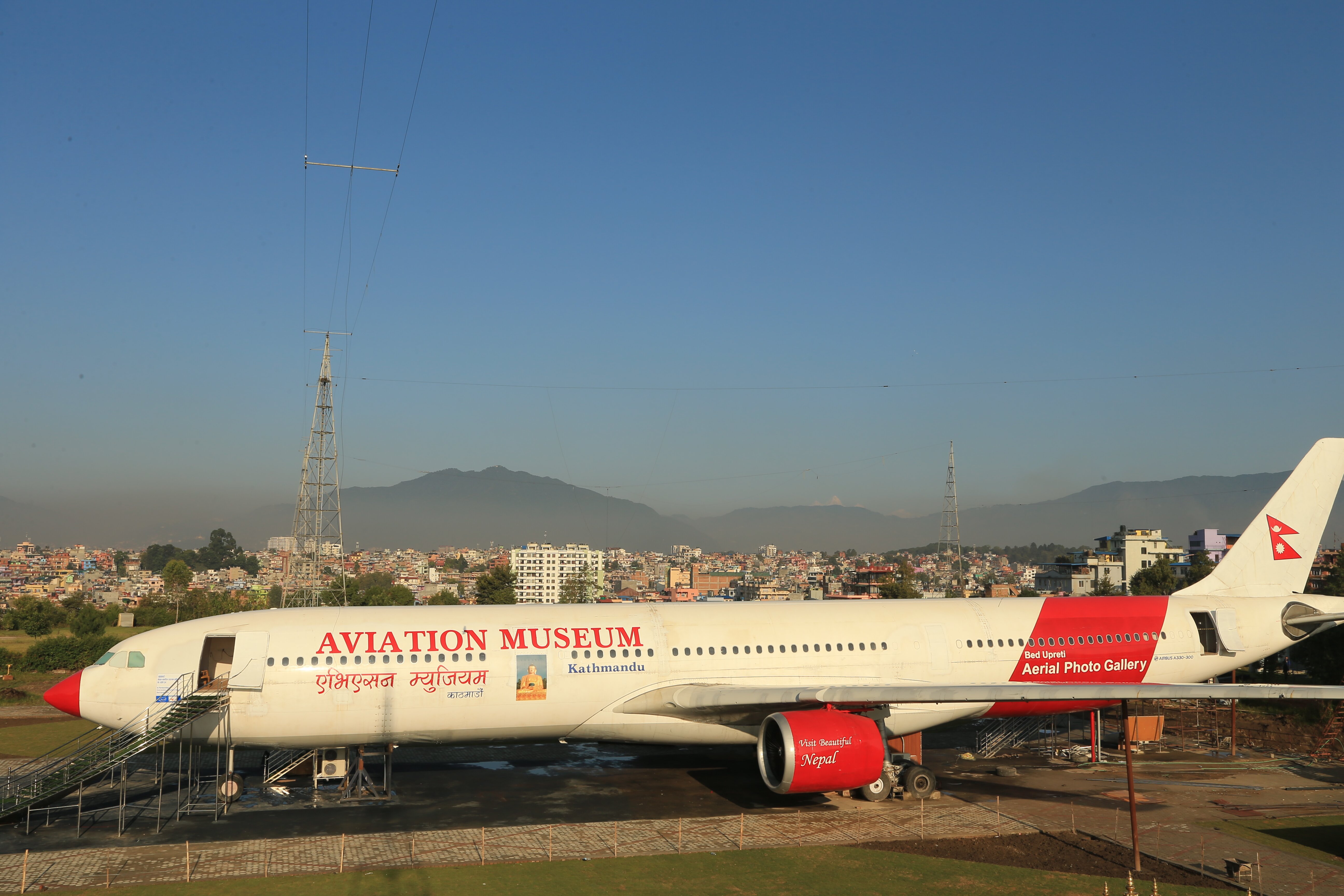 In 2012 he bought a decommissioned Fokker 100 aircraft transported it in pieces to re-assemble it in Dhangadi in far-western Nepal to set up an Aviation Museum as a tourist attraction in the region. Museums can be a major draw for visitors around the world, in fact some destinations can attract million of tourists just because there is a famous museum located there.

This aircraft had only flown for about eight months and suffered a runway excursion incident at Kathmandu airport in 2015. It was difficult to extricate the huge plane from the runway, and the airport was closed for four days. CaptUprety used to see the aircraft parked at Kathmandu airport every time he flew in and out, and dreamt one day to acquire the plane to set up a museum in Kathmandu as well to serve not just as a tourist attraction but also educate students about aviation.

It took Nepali and international technicians four months to cut the plane into smaller pieces and transport it in trucks at night. It took another nine months to reassemble it here in Sinamangal.

This Museum is made possible through a partnership between the Bed Upreti Trust and the Civil Aviation Authority of Nepal. The project has been funded by CaptUpreti’s own savings as well as aRs 20 million loan from Everest Bank. The main objective of the projhect is to be an educational centre to arouse an interest among young Nepalis about aviation and to inspire students to take up careers in one of the world’s fastest growing sectors.

Grade 9-12 Students from all over Nepal will be allowed free entrance if they have a letter from their schools, and other students can get 50% discount if they come with IDs. Part of the income from the Aviation Museum will go to assist the Bed Upreti Trust which has been funding treatment for cnacer patients from the far-west. It will also help the Aircraft Museum in Dhangadi and the statue of Siddhanath Baba being erected in Mahendranagar.

Aviation Museum Kathmandu with this huge converted aircraft, cockpit and air traffic control recording, its collection of aircraft models from the Wright Brother’s flying machine to the most modern plane, as well as the photo gallery of aerial photographs of Nepal, are all dedicated to the people of Nepal by Capt Bed Upreti.